Close
Andrew O'Brien
Co-Founder & CEO
Andrew is an entrepreneur who, in his more than two decades in business, has successfully helped grow and sell four companies. Today, he is a globally esteemed executive and TEDx speaker. He has worked alongside various Fortune 500 companies and government entities at the senior level, including NASA, FBI, USDA, McDonald’s, VISA and Etihad Airways.

Andrew also serves on the Board of Governors with the Mackenzie Institute, a global organization that consults, advises on and contributes to numerous international security and defense conferences. These include Chatham House in the UK; the World Summit on Counter-Terrorism in Israel; NATO conferences in Norway and Belgium; the World Counter-Terrorism Expo in Washington, DC; the Fraser Institute in Vancouver; and the World Conference on Disaster Management in Toronto.

Andrew has enjoyed a longstanding relationship with his business partner Michele Romanow (perhaps best known for her role as a Dragon on CBC’s long-running hit series “Dragons’ Den”). During their years together at Buytopia, the team successfully incubated SnapSaves (acquired by Groupon) and subsequently purchased 17 competitors along the way. While Andrew served as Partner and Chief Revenue Officer at Buytopia, the company received three Ernst & Young Entrepreneur of the Year finalist nominations, was ranked third on the Profit 500 Fastest-Growing Companies in Canada list, and won a Toronto Board of Trade Award.

Axel is also a regular guest lecturer at the University of Toronto, was a guest speaker at the Rotman School of Management, and has spoken at TEDx.

Axel is also a co-host alongside Andrew O’Brien on Obie & Ax Inc.’s very own Obie & Ax Show, a podcast dedicated to furthering an understanding of global entrepreneurship.
Close
Sonya Holt
Chief Strategist & Head of DC Relations
Sonya L. Holt recently retired from the Central Intelligence Agency, serving as the Deputy Associate Director of CIA for Talent for Diversity and Inclusion (DADT/DI) and CIA’s Chief Diversity and Inclusion Officer (CDIO), leading the Diversity and Inclusion Office. As a veteran officer who served more than three decades at CIA, Sonya brought a wealth of experience and expertise to the Diversity and Inclusion Office. She is widely known for putting people first in order to accomplish the CIA's mission and has a proven track record as an inclusive leader and a champion for diversity. In this role, Sonya served as the senior advisor to the Director of CIA, a member of his leadership team, and had strategic oversight of all things DEIA at CIA.

In her previous role as the Lead for the Director’s Advisory Group (DAG) on Women in Leadership Implementation, a corporate initiative. The DAG was responsible for fully implementing 10 recommendations from the Director’s Advisory Group on Women in Leadership Final Report; a study led by Secretary Madeleine Albright. Ms. Holt conducted outreach briefings, led and managed the DAG staff, oversaw the initiatives and efforts implemented by the working groups and engaged with Agency Senior Leadership and key stakeholders. Through the DAG’s efforts there was an increase in women in leadership from 31 percent to 36 percent with staple deliveries to include a sponsorship toolkit, equity assurance training, and a host of panels and workshops.

Previously, Ms. Holt completed a one year Joint Duty Assignment at the Department of Defense, Office of the Under Secretary of Defense for Intelligence (OUSDI), Human Capital Management Office as the Chief of Staff. Ms. Holt provided support to the Director, HCMO and had oversight of the office and its daily activities. The staff consisted of senior officers who had policy oversight of NGA, DIA, NRO, NSA Security and DSS. She served as the Program Manager for the Director, Central Intelligence Agency’s External Advisory Board and managed relationships with key senior officials on his behalf. She was responsible for composing his quarterly meetings, setting the agenda, and pre-briefing the DCIA on events of the day.

She was the Chief, within the Talent Acquisition Office (TAO) where she led strategic direction and planning. She was responsible for the strategic vision and leadership of four unique programs: the Sourcing Unit, Student Programs, Advertising and Marketing Program, and the Regional Recruiter Program which encompassed the strategic planning and direction of the TAO’s diversity initiatives in relation to the Agency’s mission.

Ms. Holt has served in other various positions ranging from Program Management in the Directorate of Science and Technology; to Chief, Diversity Programs in the Talent Acquisition Office.

Ms. Holt obtained her Bachelor’s degree in Computer Information Systems from Strayer University in 1998. She received an Honorary Doctorate in Humane Letters from Martin University in May 2010. She is the first and only woman to serve as the Chair of the National Urban League's (NUL) Black Executive Exchange Program (BEEP) Executive Advisory Council (EAC) in its 45 year history. She received the first ever BEEP Corporate Liaison Award in year 38, and was inducted in the BEEP Hall of Fame in 2012. And most recently received the Distinguished Career Intelligence Medal, which is the highest honor bestowed to retiring officers, and was named a Top DE&I Exec to Watch in 2022 by WashingtonExec.

Ms. Holt was employed at the Central Intelligence Agency for 38 years. She used the knowledge and skills that she has gained from both her technical and talent acquisition experiences to establish herself as an expert in Diversity, Equity, Inclusion and Accessibility, Talent Acquisition, and Management. Ms. Holt acts as a mentor to junior officers promoting self-development and networking strategies.
Close
Michele Romanow
Partner
Michele Romanow is a tech titan, Dragon on Dragons' Den, engineer and a serial entrepreneur who started five companies before her 33rd birthday. Michele is the co-founder of Clearco, which gave entrepreneurs more than $100M in funding in 2018.

She previously co-founded SnapSaves, which was acquired by American tech giant, Groupon in 2014.

Michele was also the co-Founder of Buytopia.ca, which acquired ten competitors including Shop.ca and WagJag and was ranked third on the Profit Hot 50 list of fastest growing companies. Sheʼs ranked in WXNʼs “100 Most Powerful in Canada” and is listed as the only Canadian on Forbes magazineʼs “Millennial on a Mission” list.
Close
Anatoliy Melnichuk
Partner
Anatoliy is a serial entrepreneur and loves seeing others succeed. Previously, he co-founded and was CEO of Evandale Caviar, Buytopia, and Cleverfox, before starting Snapsaves which was acquired by Groupon. He continued as the Head of Sales for Snap by Groupon where he worked with large multinational corporations.
Close
Nareeni Singh
Chief Financial & People Officer
Nareeni is a CPA with an MBA and over 20 years of diverse experience in public accounting and industry within multiple sectors. 15 years of her experience were spent at 3 Deloitte offices, namely, Toronto, The Bahamas and Guyana. Her 3 years at Sears Canada Internal Audit has given her a better understanding of processes, controls and compliance. More recently, she has revelled in implementing infrastructure for up and coming entities anticipating exponential growth.
‍
Nareeni is a consummate professional who is strategic and agile with leadership courage to challenge the status quo. She combines “big picture” thinking with strategy and execution that improves the bottom line. She is also adept at building teams and nurturing a high performance culture.
Close
Anthony Sarmago
Chief Operating Officer
Anthony has more than a decade of experience in both Production and Post-Production. This initially afforded him the privilege to oversee both respective departments, ultimately leading him to his leadership role at both entities as COO of Obie & Ax Inc. and Obie & Ax United Inc.

Both his technical and analytical approach has helped him build multiple systems across the company. He has experienced both managing and executing all parts of the production process. Anthony has worked actively on film sets as a Director, Director of Photography, Lighting Technician, Sound Operator and Grip.

Joining the Executive, Anthony ensures that each new production achieves the quality standards set in place and is constantly refining the process of production pipeline from end to end.

No items found.
Go To Packages
Product is not available in this quantity.

We connect leading brands, government agencies, and charities to their audience. 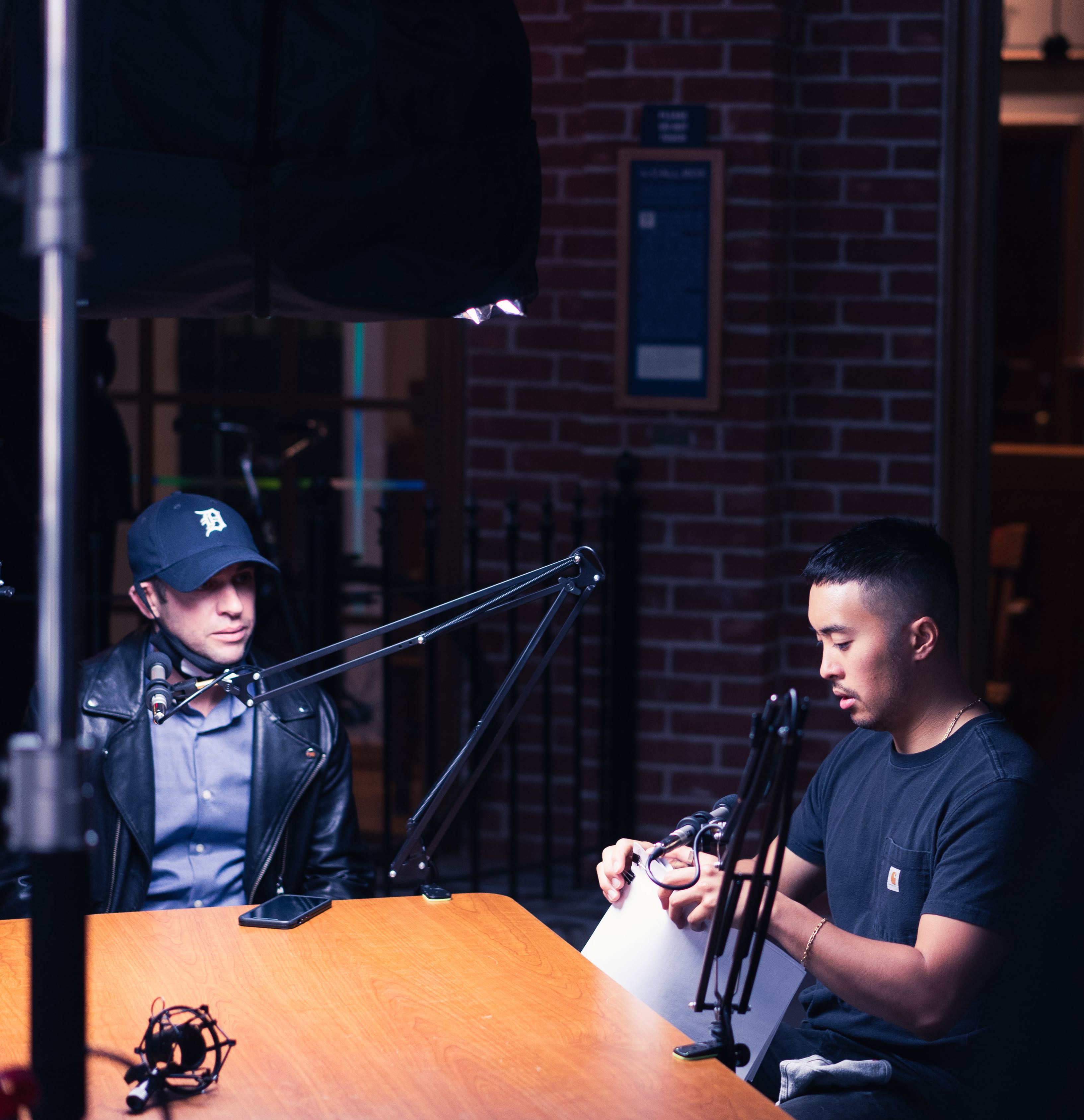 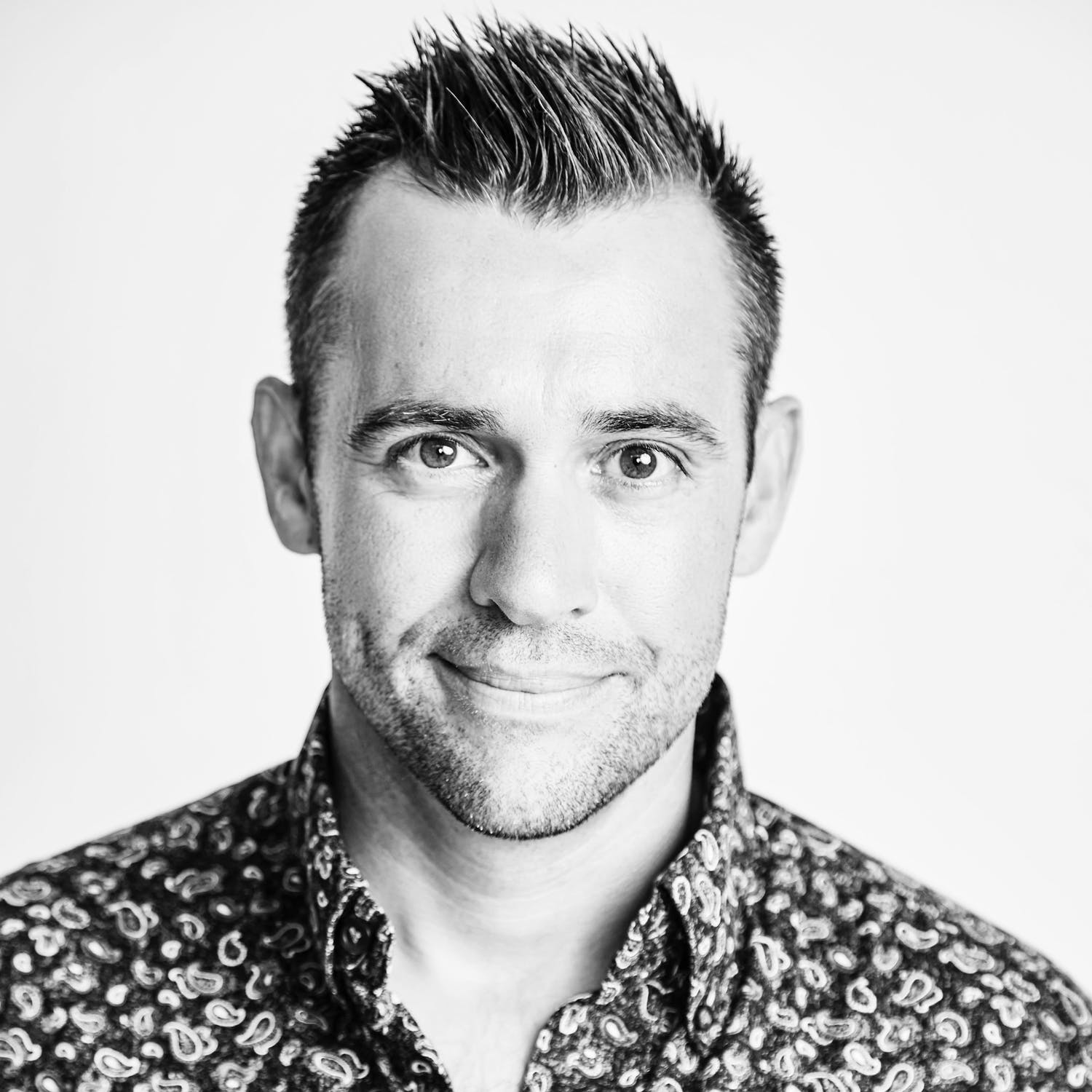 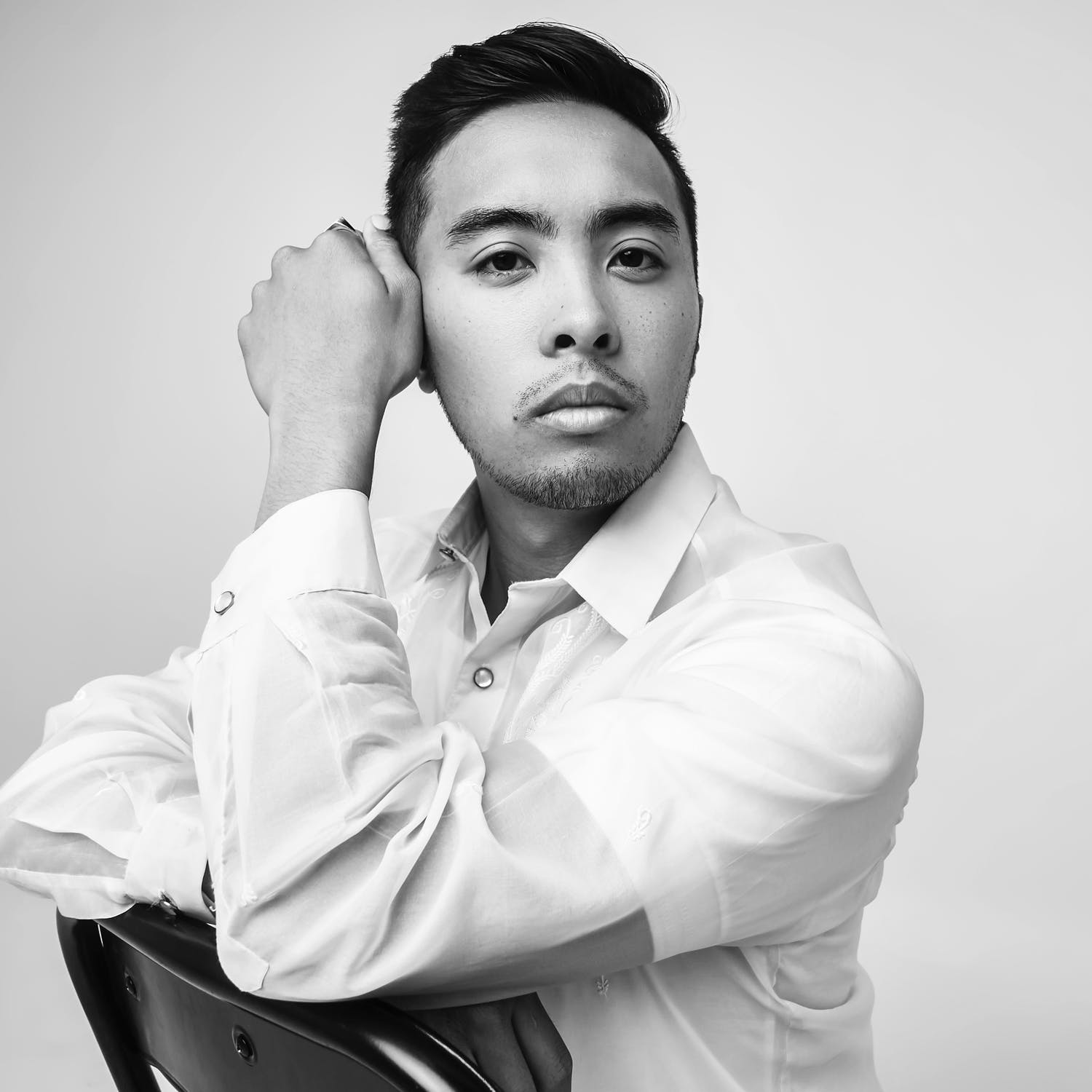 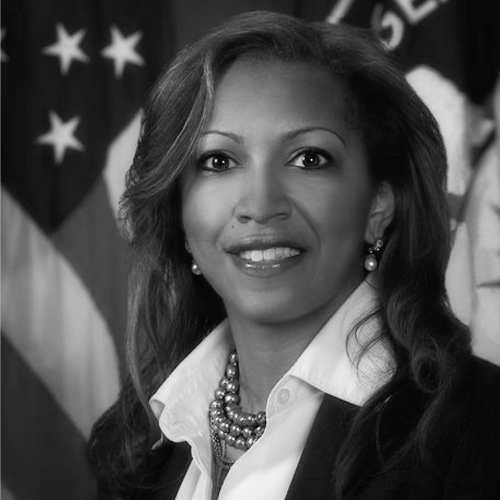 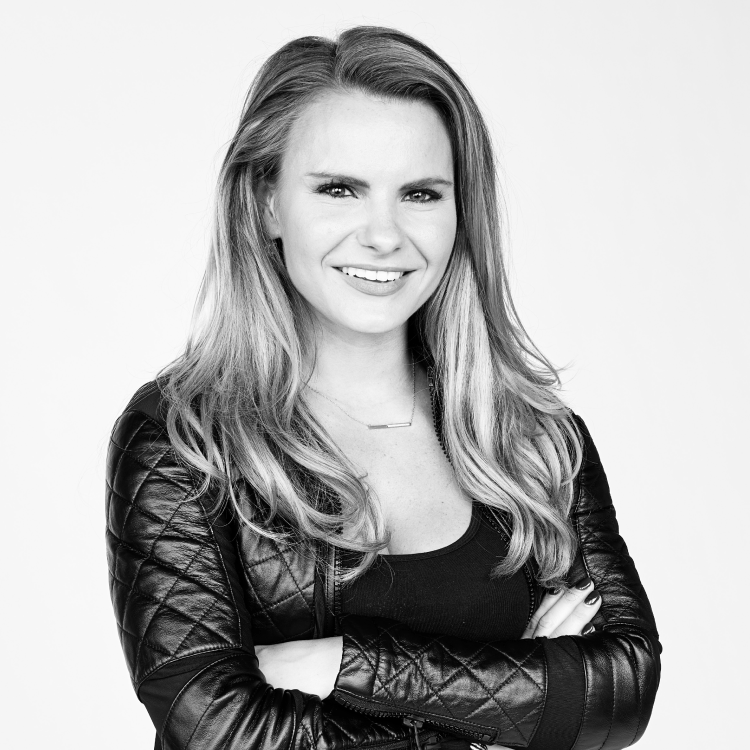 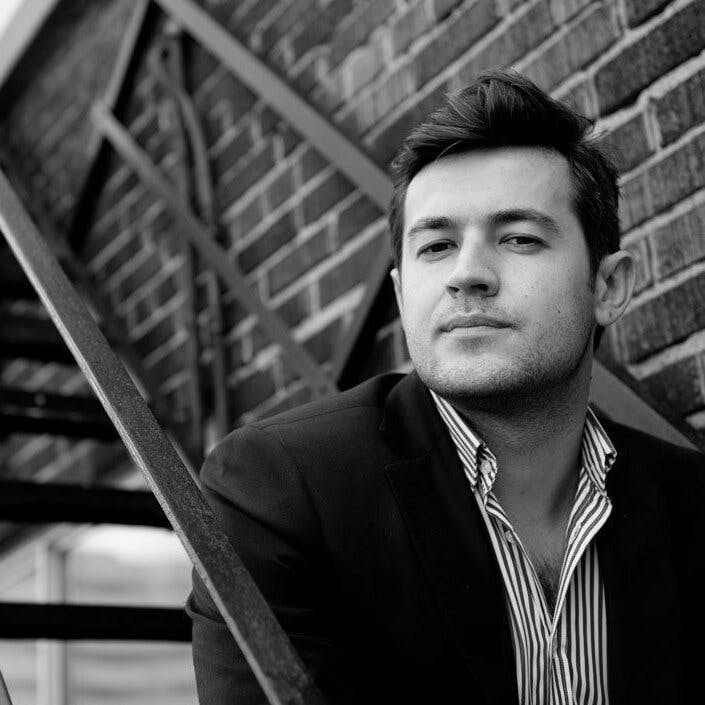 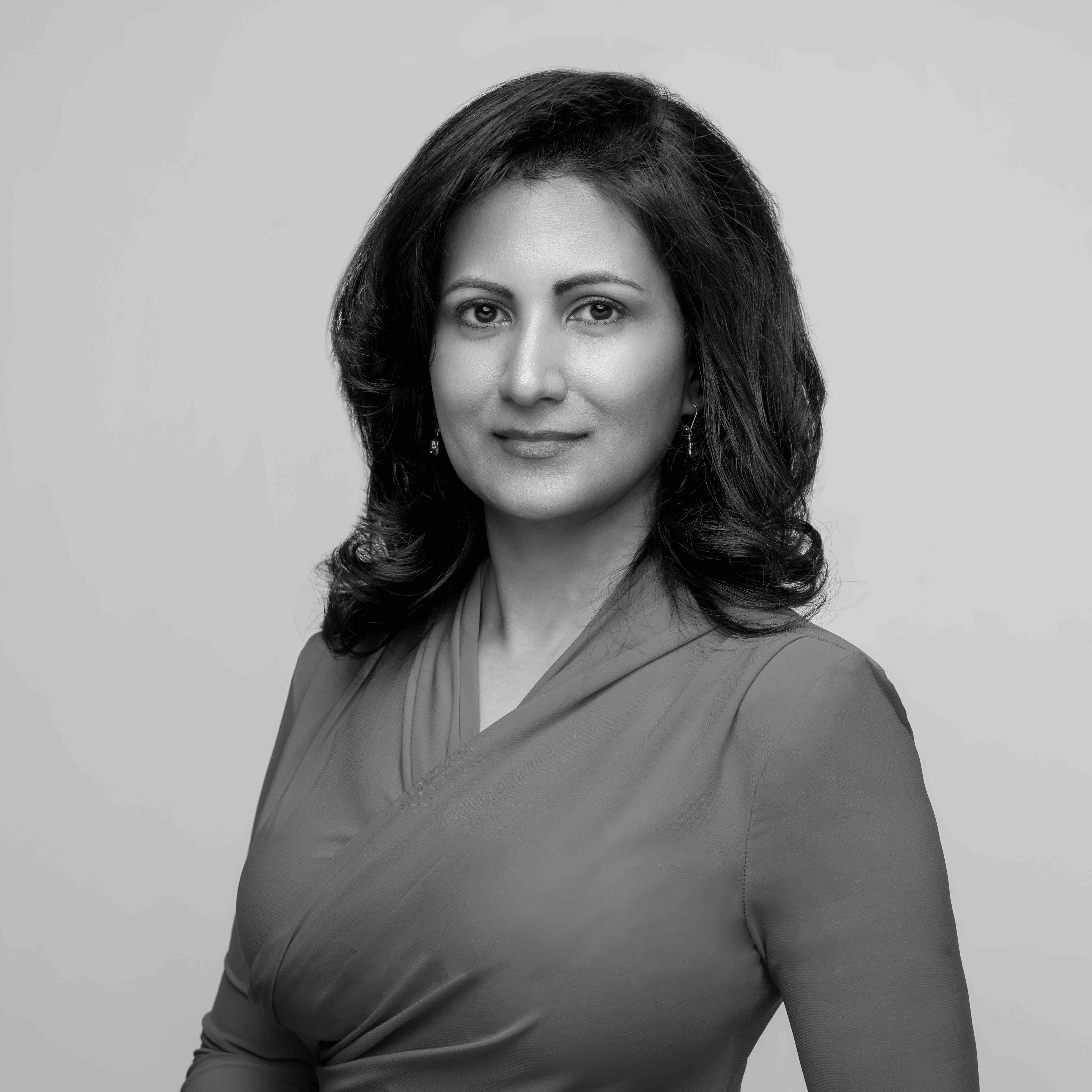 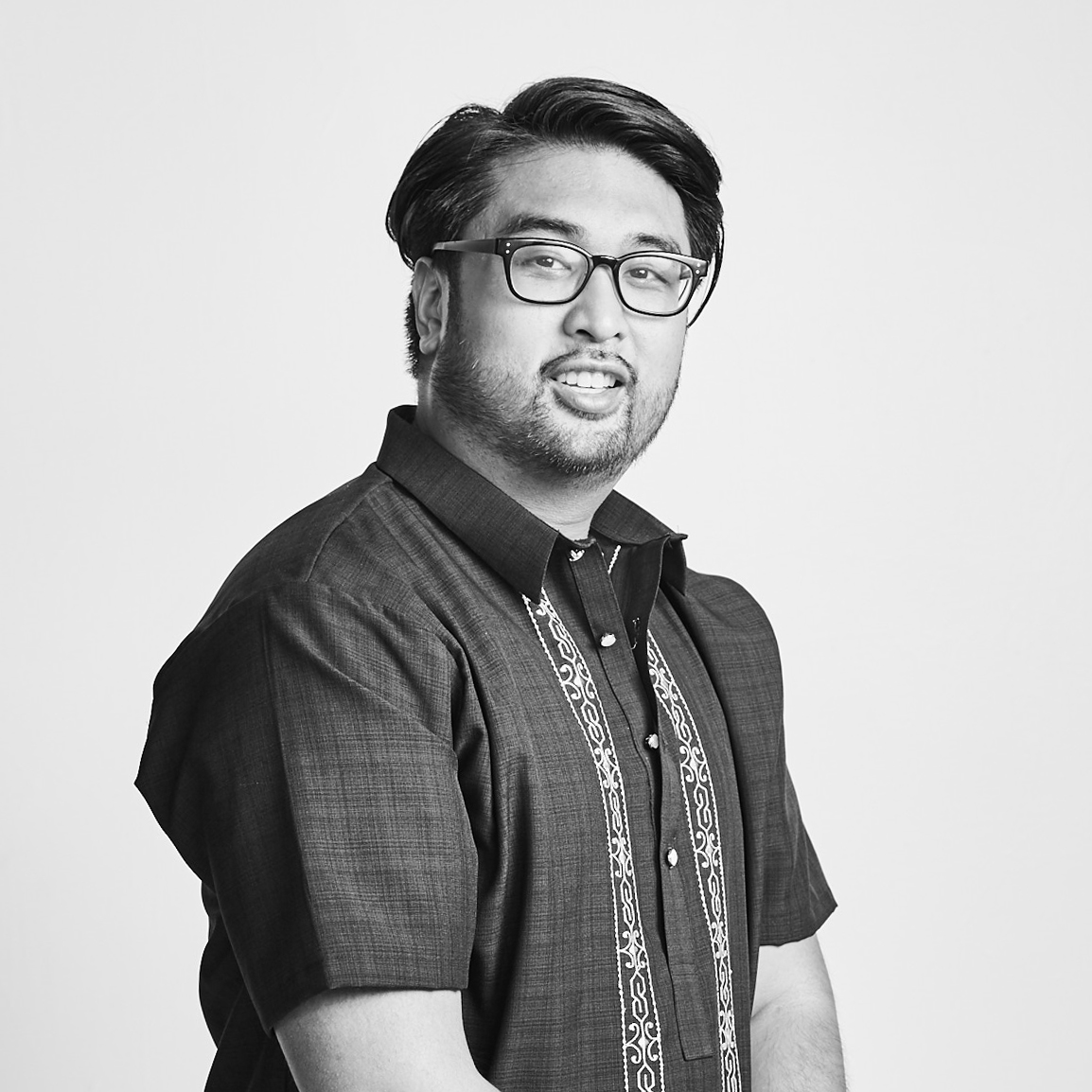 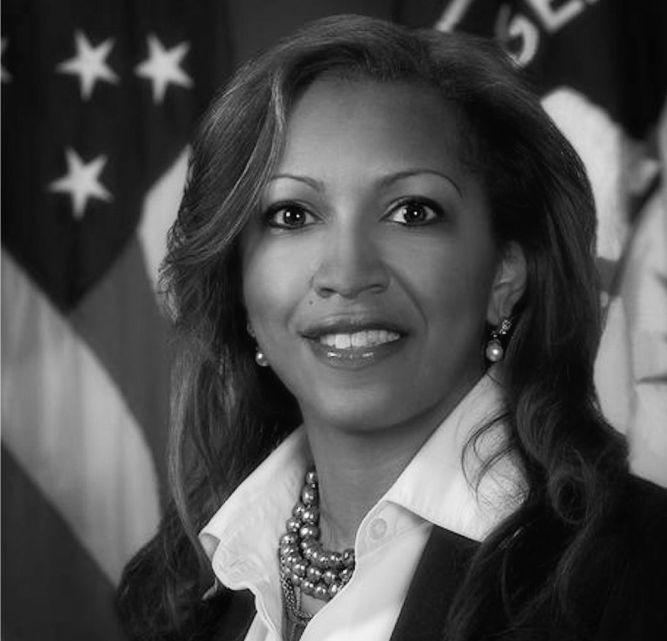 Advisory Board Member
and Chief Strategist

Sonya Holt has been with the CIA for 38 years, most recently serving as the Deputy Associate Director of CIA for Diversity and Inclusion, and the Chief Diversity and Inclusion Officer. Sonya has recently retired from her role at the CIA and has signed on as Obie & Ax’s Chief Strategist. Our clients will have the opportunity to work exclusively with Sonya who brings a wealth of knowledge and expertise in Critical Thinking, Intelligence, DEIA, and Talent Acquisition. She will be working directly with our clients for strategic counsel.

Trusted by the best.